Sometimes it’s nice to go that extra mile in the kitchen and create a dish with a unique ingredient that’s brimming with flavour. Artichokes can take a little longer to prepare, but in this dish, they are worth the effort! A touch of char creates a pleasantly bitter opposition to an artichoke’s natural sweetness. For extra nutrition, we’ve teamed the artichokes up with mild, crisp asparagus. Brush these vegetables with a delicious olive oil mixture of lemon and garlic and put them on the grill to get a great flavour finish. 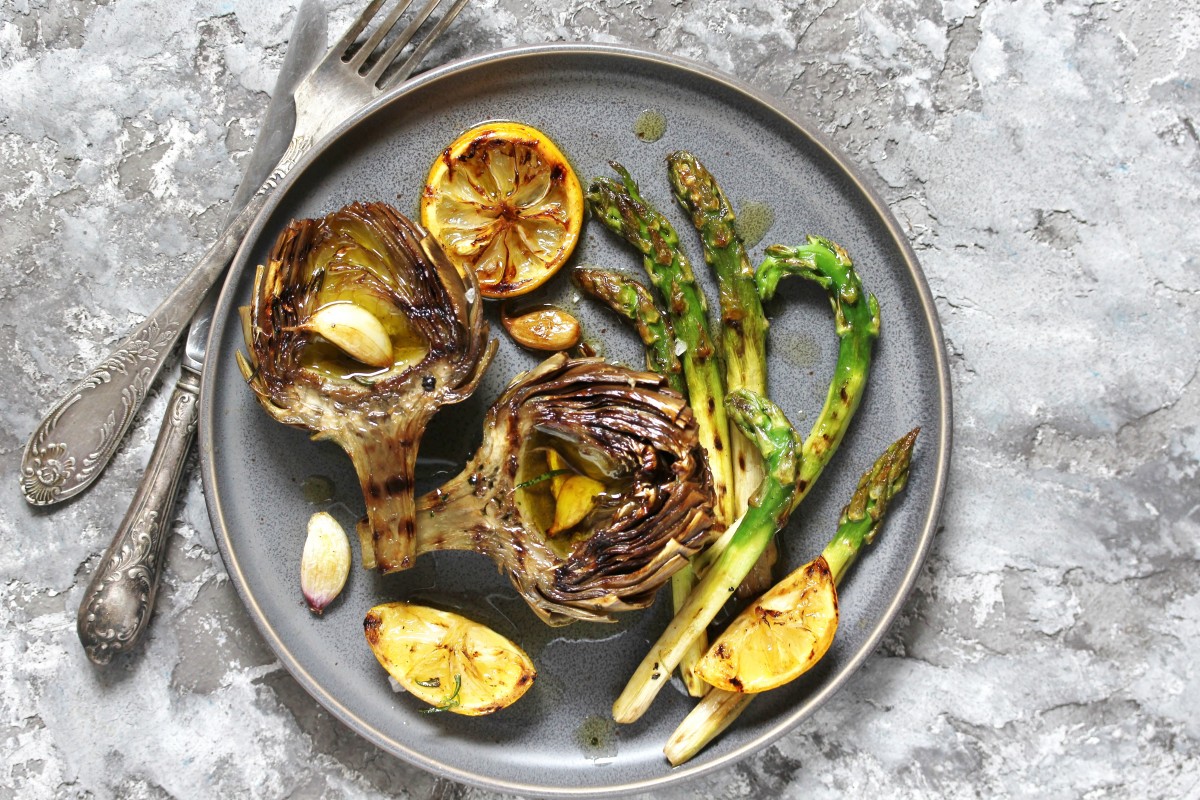