The radish is the swollen tap root of a plant that belongs to the Brassicaceae family. Often typically round with red skin and white flesh, there are numerous types varying in skin colour and shape.

Mostly the root is sliced or chopped and eaten raw in salads, offering a crisp texture with a pungent, peppery flavour. They can also be included in soups, stews and are often paired with mashed potatoes. Their versatility continues with the young leaves also edible in salads and the seeds can be often grown as sprouts to garnish dishes.

Grown by direct seeding in the ground, most varieties are harvestable in about 4 weeks; however a very well known form called the Daikon radish, can take many months. This type is predominantly used in central and east asian cuisine but in europe and the americas is often used as a fallow and fodder crop.

Give the radishes a wash over, trim off the tail root and leaf tops, then slice or chop as required.

The leaves can also be used whole to add to salads, or tasty young sprouts used to garnish.

Often sold in bunches, the roots should be quite firm, blemish free and where the leaves are intact, look fresh and healthy.

With the leaves left on, try and use them up in 2-3 days, otherwise they will store better in the refrigerator without their leaves for up to a week. Because of their high moisture content, longer storage can often result in translucent or even black internals. 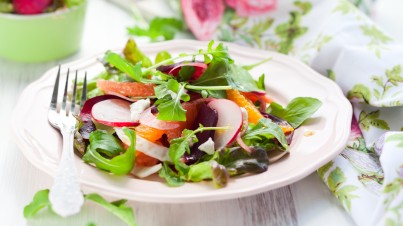 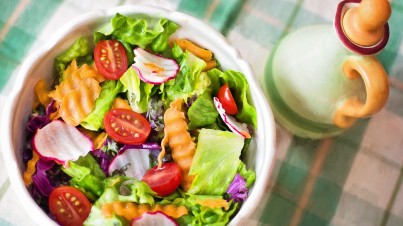 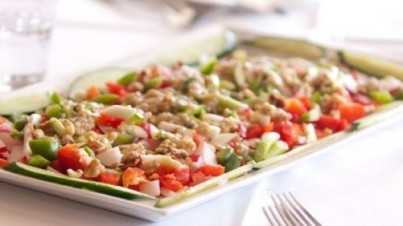