Tasty food doesn’t have to be difficult to make. In fact, creating a delicious, healthy meal is easier than you think. Take this one, for instance: this spicy aubergine and French bean stir-fry with rice and black sesame seeds isn’t just full of veg, but full of flavours too. That’s down to the mega-quick stir-fry sauce of soy sauce, agave, garlic and chili pepper. And this dish is utterly vegan too, so everyone can have some. What more could you wish for?

Each ingredient in this delicious, speedy stir-fry adds its own individual touch: the aubergine gives the dish a bite, the French beans add a mild note of freshness and the black sesame seeds give it crunch. The spicy but sweet stir-fry sauce containing typical Asian ingredients adds the finishing touch. If vegan isn’t your thing, or you’d prefer some meat, replace the agave syrup with honey and add some pieces of fried chicken, if you like. It’s just as easy and just as quick. Try it!

Pin the image below to save this recipe to one of your Pinterest boards: 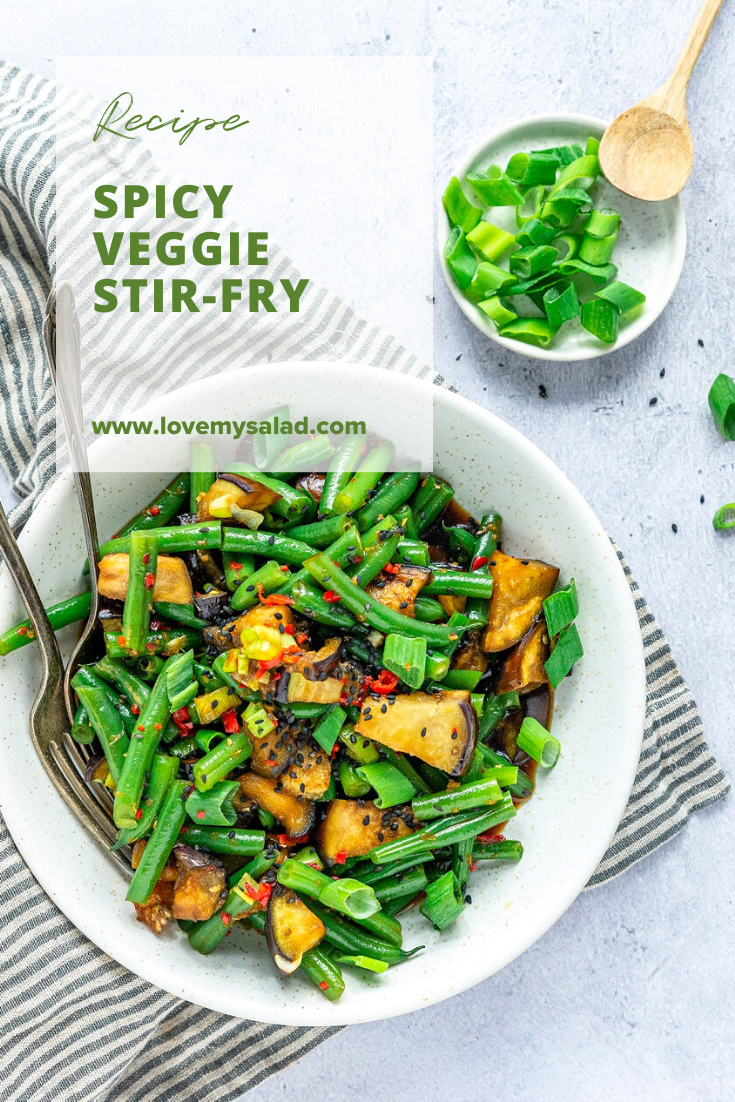 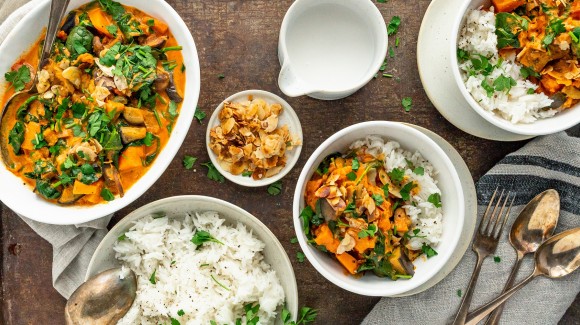 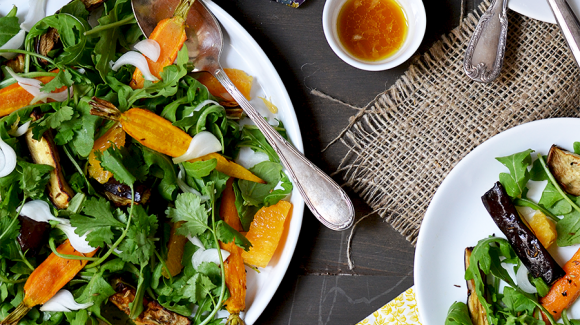 Eggplant salad with carrots and orange 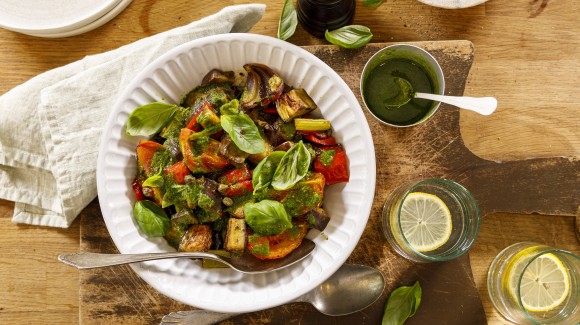