How to get your kids to love vegetables

Nothing makes me smile more than seeing a little kid munching on vegetables. From the day my nieces could stomach solid foods, my brother-in-law, Dan, has been committed to educating the girls about vegetables and giving them hands on experience in the kitchen. It’s very normal for his five and two-year-old to eat a whole tomato as a snack and steal capsicum or carrot sticks while he cooks!

Inspired by their love of vegetables and cooking, I asked my sister to send me photos of the girls in the kitchen and I was inundated with pictures of the cutest little chefs making Mexican lasagne, sushi, corn fritters and omelettes, to name a few. How amazing to have kids so open to trying new foods! I thought to myself, ‘How do you get kids to not only eat vegetables, but to enjoy them? It must be such an effort to get kids involved in cooking…’

So, I asked Dan, a personal trainer, to share his top tips for getting his girls involved in mealtime, and he’s got some great ideas that you can try yourself.

Tell us a bit about yourself and family.

We’re a family of four with two girls, five-year-old Sadie and two-year-old Verity. We tend to spend a lot of time doing activities with the girls, whether it be home things like crafts, dancing and cooking, or getting out of the house and going to zoos, parks, shows or sporting events.

I work about 25 – 30 hours a week in a gym doing Personal Training and Group Fitness, mostly mornings and evenings, and I’m a stay-at-home dad through the day. For 16 years I worked in the manufacturing industry before changing to the health and fitness industry. The change has been amazing for me. It feels strange to say that in my 40s, I’m the fittest and healthiest I’ve ever been. It makes me wish I could go back in time and create the healthy habits I’ve now formed when I was young.

At what age did you involve your kids in cooking?

It probably started when my eldest was around two years old and it was a good way to keep her occupied while I cooked. I gave her a bowl of frozen peas and a wooden spoon and asked her to stir them for me. It sounds a bit silly, but I guess that’s what started her interest in what I was doing.

What are some of the dishes you prepare together?

Anything that involves meatballs/patties etc. since they love getting their hands dirty. We’ve made a few pastry dishes because Sadie wanted to make envelopes with filo pastry and I was surprised at how well she did. Sometimes there will be one specific task which I think they’ll enjoy and I’ll ‘recruit’ them, other times I’ll be cooking and they’ll ask to help and I’ll just get them to mix things or put them in the pot. They also do quite a bit of baking with my wife (Amber), the mixing steps are simple and they love decorating.

What is Sadie and Verity’s favourite dish?

Sadie loves tacos because she’s able to make it her way, choosing the toppings and the amount of each ingredient indulges her creativity. Generally stir-fries are a smash with the girls and I like this dish too because I’m able to give them a big variety of veggies. Stir-fries always look bright, colourful and tasty, plus the girls love slurping noodles! 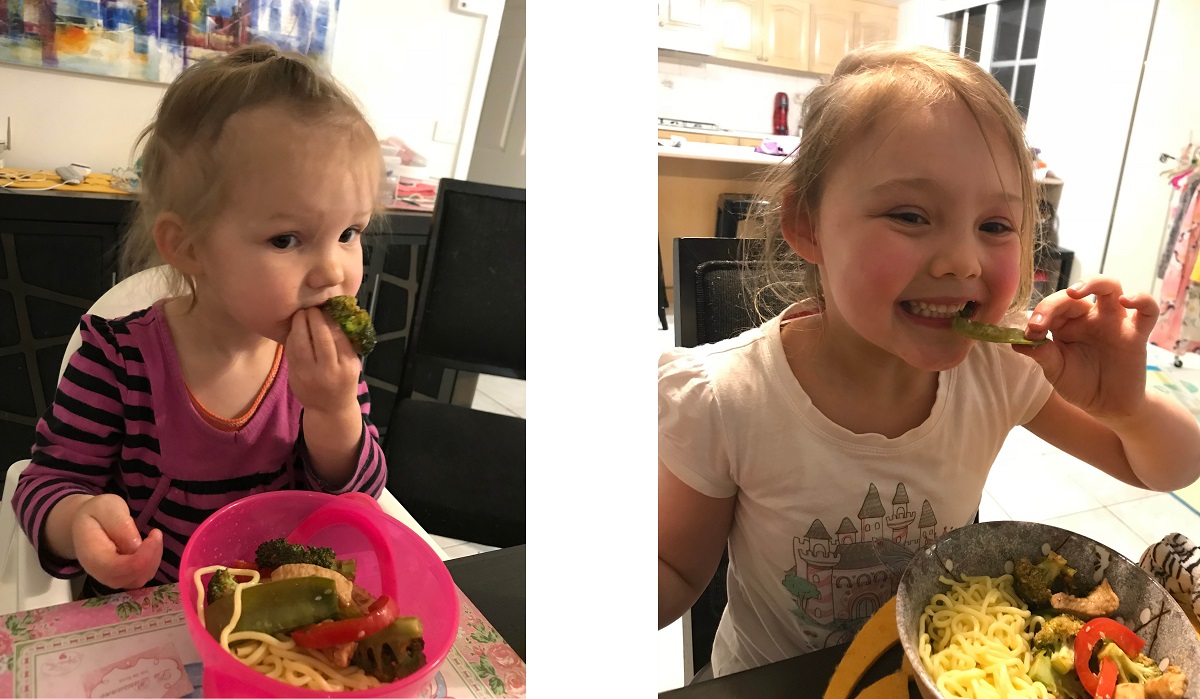 Why do you think it's important to get kids in the kitchen?

It’s a great way to form healthy habits nice and early. When children are doing something themselves, there’s this sense of accomplishment and a willingness to try new things. On top of that, I think they appreciate food more because they can see the process and understand the time and effort that goes into meals. It’s not just something bought over a counter or pulled out of a packet.

What are some of the challenges you come up against with getting the kids involved and how do you overcome these?

It’s just about being sensible and not giving kids tasks that are beyond them or that are essential to the dish working. Have a bit of a plan for what you want them to do and how they can do it. Steps where they’re allowed to taste an ingredient or two always works well! If my kids ask to help and there isn’t really anything for them to do, I’ll still try and involve them by showing them what’s in the pan or letting them smell it – just something little so they aren’t being completely shut out. My biggest challenge these days is dealing with the fact that they come and pinch my ingredients while I’m cooking! They love snacking on bits of carrot, or red capsicum. 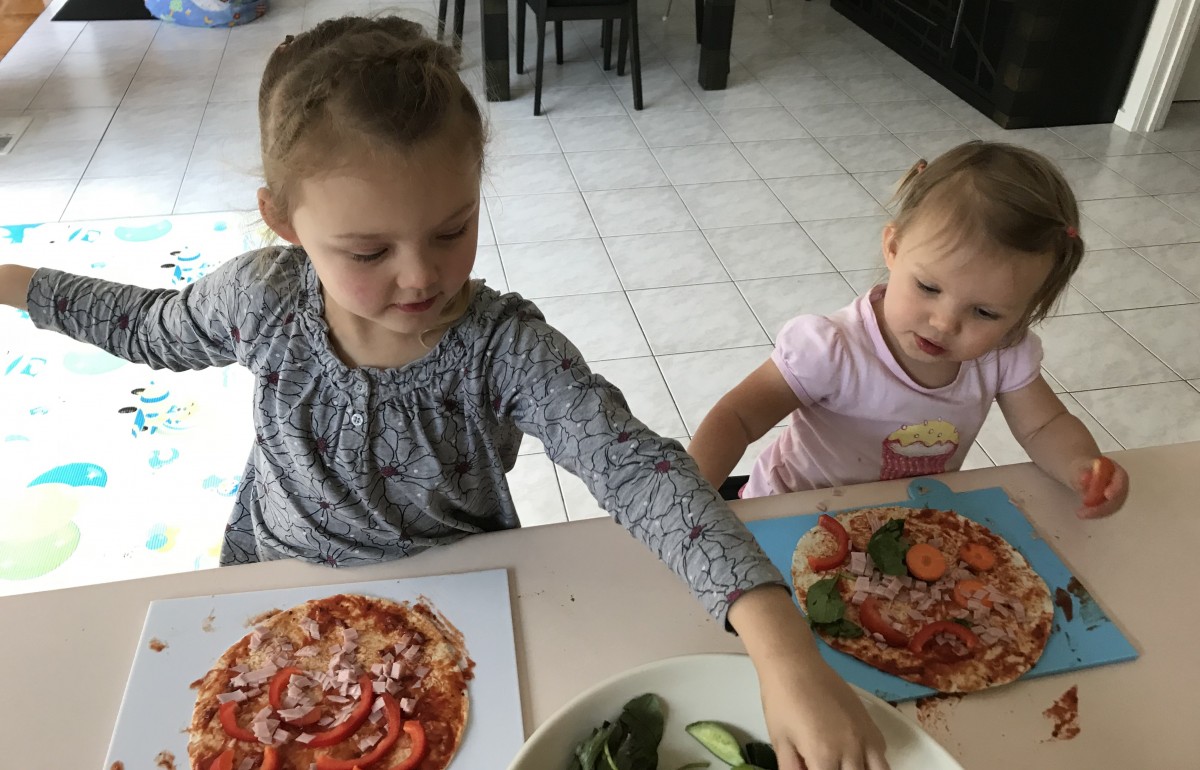 What tactics do you use to educate your kids about vegetables?

I like to test the girls on what veggies are on their plates, I think it’s important that they know what is what. At a later date, if there is something that they don’t think is appetising, we can say “that’s just squash, you love squash” and this encourages a positive association with that particular food. It can be a bit of fun too, when Sadie was younger she named a “Zucumber” on her plate, which got a few laughs. She remembers it and she whips it out every once in a while to get a giggle!

I also involve them in a similar way when we’re shopping, asking them to name what vegetables are in the fresh food section. It’s good for them to see how different food can look before preparation. There’s also times where I’m going to cook a basic ‘steak and veggies’ and I’ll let the girls choose a veggie each. They’re more likely to eat it because it was their choice.

Sadie even helps to pick our vegetables. A while ago we were getting Amber some avocados and Sadie asked why I kept picking them up and putting them back. I explained that we want to find one that isn’t too hard and isn’t too soft, it has to be just right. When shopping a couple of weeks later I gave Sadie a bag and asked her to pick three avocados for mum, and reminded her that they shouldn’t be too hard or too soft. Off she went. I watched her from the other end of the aisle and she took it seriously, she tested each one and when she brought them back she’d done a great job. She was so proud telling Amber that she’d picked those avocadoes for her. It’s also a good ‘real world’ way to practice her counting. Best of all, it keeps them occupied while shopping, they’d drive me insane otherwise! (Haha)

What tips do you have for other parents of fussy eaters?

I’ve never ‘hidden’ food in a meal, I always cook the meal the way it’s meant to be. From the time my kids have been able to eat solid food they’ve always eaten what we’ve eaten, and I think it helps when kids see adults eating the same as them. We also have a rule that they have to try everything at least once. I’d advise other parents to try and get on top of healthy food from the start, I think it would be pretty difficult to reform a fussy eater.

Once kids are old enough to be eating solids fully, make sure you don’t overcook veggies. Overcooking them makes them soft and unappetising and zaps a lot of the nutrients out of them. Cooking them just right keeps them bright, crisp and crunchy!

One of our Maternal Childcare Nurses once told us that parents should choose what food to eat, and the kids choose how much they eat. So don’t cave in and give them easy foods just to get them to eat. Experiment, try preparing foods they don’t like in a new way and see how that goes. Different textures and appearances can make a big difference to kids. Also, don’t be afraid to try new things, it’s really easy to assume kids won’t like certain foods and to keep meals basic, but I’ve started fermenting foods and we were very surprised to find out that Sadie liked sauerkraut! 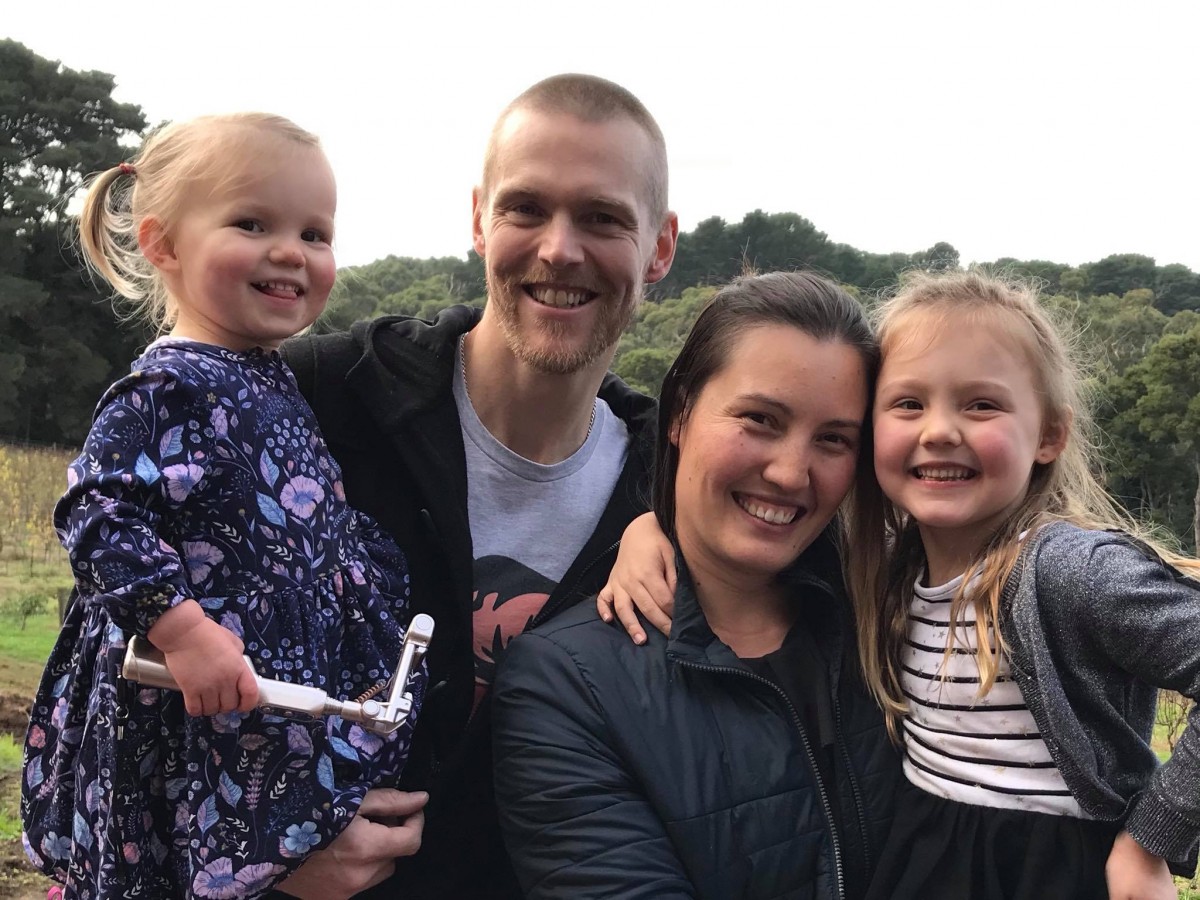 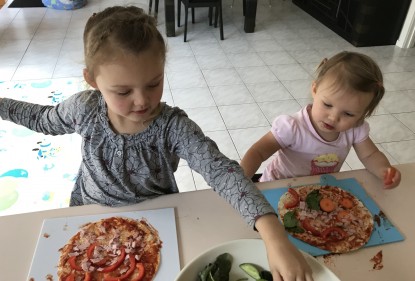 Munching on a carrot or snacking on capsicum strips has always been second nature to me. My first job was stocking the shelves in my family's market garden produce shop, so I thought I had a... Read more 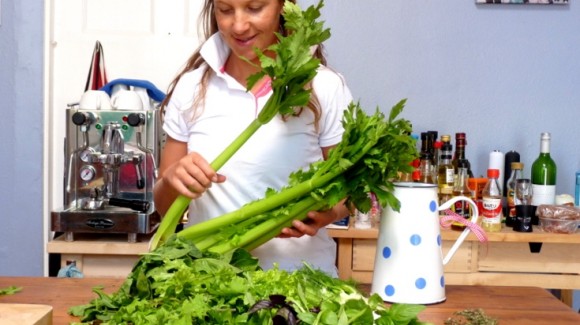 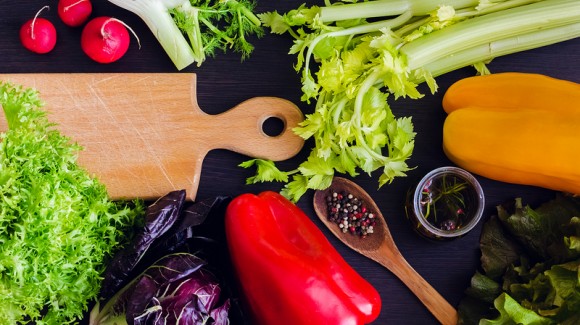 5 unlikely vegetables to try in your next salad 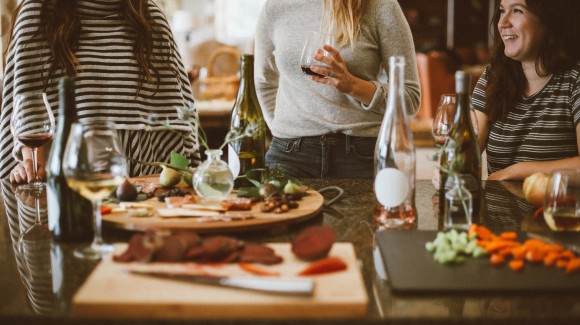 Holiday inspiration for healthy and easy starters, salads and sweets