We will be selling our specialty tomatoes at the Grand Oak Farmers Market. Find out more about each variety.

In Eastern Europe and Asia, pink tomatoes are regarded as a premium, smoother and tastier version of their red counterparts. Asian restaurants serve pink tomatoes in their purest form: simply sliced and presented on a plate with wooden cocktail sticks – not only as a side dish, but also as a dessert. Hibachi tomato gets its distinctive colour from the pink, juicy flesh which is visible through its translucent, shiny skin.

When chewing on an oval-shaped plum tomato, make sure you keep your lips pressed tightly together! This ultra-sweet tomato has the unrivalled ability to burst open in your mouth in an instant explosion of refreshing juice. Since each tomato plant produces an equal amount of natural sugars, small tomatoes have a stronger and more intense flavour than larger ones, which have a higher water content.

All our varieties are non-GMO.

From capsicum to carrot and from lettuce to leek. As a breeding company with an assortment of 25 different crops, Rijk Zwaan is all about vegetables. We are selling our vegetable seeds to growers in more than 100 countries. Everyday, on fields and in glasshouses all over the world, these growers use… Read more 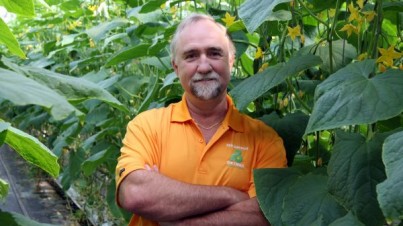