The eggplant is a versatile vegetable prepared in many special ways in different countries. Think of 'moussaka' from Greece, 'baba ganoush' from Turkey or the Middle East, 'eggplant parmigiana' from Italy and 'ratatouille' from France. Yet in some countries around the world eggplants (also known as aubergines) are just being discovered. We just had to find out more....

So some lucky members of the Love my Salad team recently attended an eggplant masterclass at restaurant Rossio, Delft, The Netherlands to learn and share some new ideas including a delicious eggplant marinade. Eggplants with their rather neutral flavour can adapt and enhance a wide variety of dishes - a great opportunity to create, share and enjoy!

Fried eggplant can be served as a snack or chopped and tossed through a salad. In Spain, so we were told, they pour some honey or syrup over the top just before serving.

Grilled eggplants are delicious with a homemade marinade, like this one we learnt to make:

Mix a few tablespoons of good olive oil with a tablespoon of white wine vinegar, some very finely chopped red pepper (capsicum), a handful of chopped parsley and a clove of garlic (crushed). A simple, multi-purpose marinade that can also be used as a salad dressing.

Delicious to eat as a snack or to garnish a dessert.

Conclusion: Eggplant rocks! There are so many combinations and possibilities. 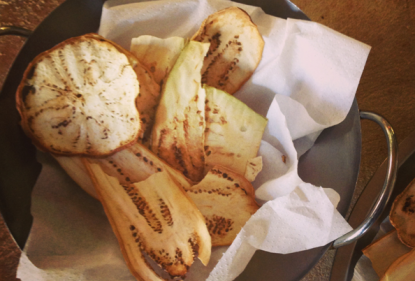 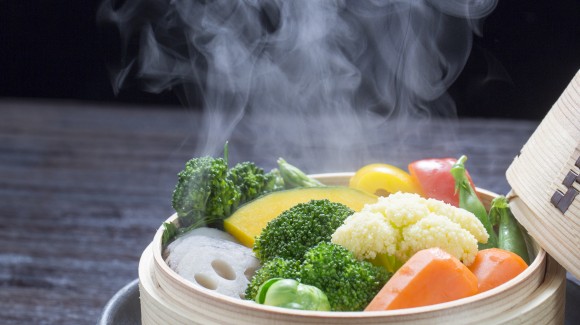 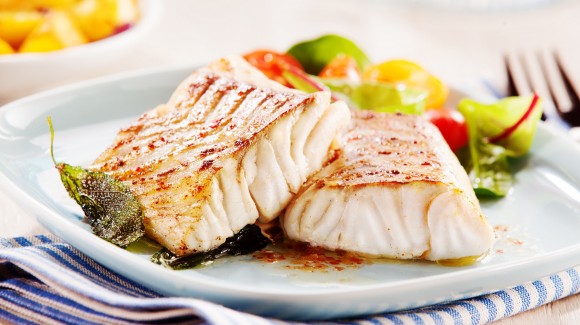 Reimagining fish with infusions of flavour